I found this clip on YouTube and was feeling nicely relaxed at the start but by the end I was pretty much on the ceiling!

Are You At War With Your Other Half?

Maybe you recognise yourself in this warring couple. The intensity of this drama is extreme and makes good comedy but what isn’t funny is that many relationships exist somewhere along this spectrum of hostility, from silent sulking to hurling abuse, and that the expression of these chaotic behaviours are a regularly occurring pattern within the relationship. This clip doesn’t show how the drama began, but it does demonstrate the triviality of the content highlighting the ‘inauthentic ping ponging’ activity that goes on.

I’m Sick And Tired Of Fighting

Such inauthentic transactions replace meaningful dialogue where each person honestly expresses their dis-satisfaction to their partner, the personal meaning this holds for each of them, and how they each feel.
These unhelpful ways of communicating are learned originally when we are growing up amongst our own family. Mum and Dad show us ‘how to’ and then we practice with our siblings, friends and peer group, until we ourselves perfect our favourite role.

There are three roles we can take up in the relationship drama and Stephen Karpman described these roles within ‘The Drama Triangle’. 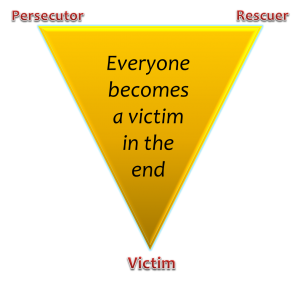 If you are familiar with the drama triangle you will know that everyone involved ends up feeling hurt and pain and nothing is resolved. As this is what you have been modelled, then it is all you know. It is understandable then that you are doing the best you can to be understood. But it’s just not working for you or your partner.

It is useful at this point to say that by becoming aware, through hindsight, of how and why we play these psychological games, we can create a way out into authentic communication that ends in resolution with our personal meaning being understood.

For many couples it is being understood and shown love and compassion that opens us up to exploring other options and choices. This experience of being open to the other can and will change our view of the world and how we relate to our partner.

The drama triangle operates when a person falls back on their pre-conceived view of the world. This view is formed by our parents, other adults or older siblings in response to our child needs and wants. Consequently the child will take on their rule book of ‘shoulds’ e.g.as a child I felt angry when my parents ignored what I needed and I discovered that they disapproved of my anger but were OK if I pleased them. So I learned I should be kind and pleasing to get what I want instead of being angry. 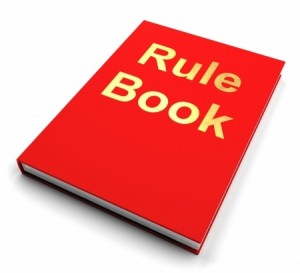 The trouble with ‘shoulds’ is that they are based on another’s view of the world and cannot represent our truth. If we have not been consistently helped to find out our own truth and personal meaning of our experiences, then we have no choice but to fall back on our ‘book of shoulds’ to express ourselves.

If our ‘shoulds’ are driven by pleasing others then we are likely to take up the role of ‘Rescuer’ on the drama triangle. Otherwise we will take up the role of the ‘Victim’ where it is never our fault and we are not in control of our own actions. The victim can either take on the guise of ‘poor me’ or they can be an angry victim, ‘everyone’s out to get me’. Either way the victim will hook another onto the drama triangle by provoking the other to feel guilty or to take the blame for the victim’s position. The victim invites the rescuer to take control where the victim will not take control. Likewise the rescuer is searching for a victim to take control of. When they find a ‘fit’ that suits each other’s game play then a co-dependency is launched.

The position of ‘Persecutor’ is not a popular role willingly taken up by either party at the beginning of the drama but is the position that both the rescuer and the victim move to as the game proceeds. 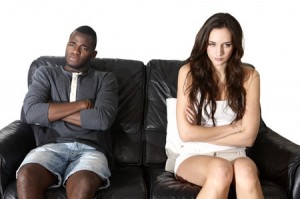 If this is sounding all too familiar to you then please follow my next blog as I describe the drama triangle in action. 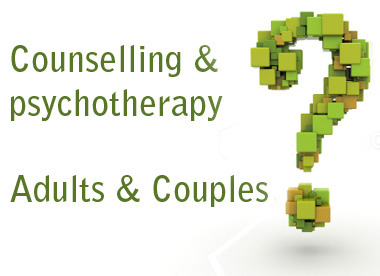